A knowledgable and approachable tutor. George teaches a variety of subjects from Primary to A-Level. 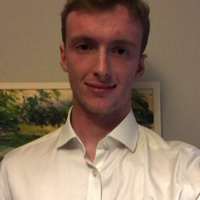 Whilst studying for his degree in Econometrics and Quantitative Economics from Princeton University, George gained extensive tutoring experience and was selected by the university as a peer tutor for statistics, economics and maths courses, which ranged from the introductory level to some of the more advanced courses. In addition to leading these classes, George was also selected to lead his own small group class to assist the professor in introductory statistics. George has also worked as an advisor to secondary school students, who applied to American Universities. Through this role, he helped students with their application process.

During his time at Princeton, George was part of the Effective Altruism Investments fund, which students run and donate proceeds to different charitable causes. He was also part of Princeton’s rowing team and won National Championship medals and represented Great Britain internationally. A former client was impressed with George’s “calm and patient manner” whilst teaching his son. Another former pupil explained how George is “a fantastic tutor” who  “has also been very successful in his university tutoring position”.

George is very approachable and friendly, and has already greatly improved my confidence in maths in only a few sessions.