A knowledgeable and committed teacher. Shelly teaches Psychology to GCSE and A-Level students. 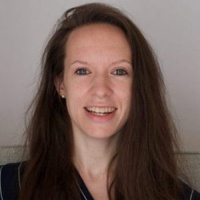 After completing a BSc in Psychology from Leeds University in 2008, Shelly went on to train as a secondary Psychology teacher, via the TeachFirst course, at Canterbury University. Since then, Shelly has gained a wealth of experience teaching at three different secondary schools in London, where she has developed an in-depth knowledge of the AS and A-Level Psychology curriculum and exam boards, including AQA, OCR and Edexcel. In 2016, Shelly became Deputy Head of Sixth Form and Head of Psychology, where she provided pastoral care for students and helped to support trainee teachers.

Alongside her teaching roles, Shelly also supports children with their personal statements and UCAS applications, whilst also mentoring pupils who need help sourcing apprenticeship or further education opportunities. Shelly has also been working as a private tutor in Psychology for the past nine years. One referee referred to Shelly as “an exceptional tutor of Psychology”, while a former client praised Shelly’s “subject knowledge and understanding of exam skills”, which helps students to achieve the best grade possible.

Shelly goes far beyond offering tuition for my daughter. She supports her in Psychology but in preparing for exams and university applications too.