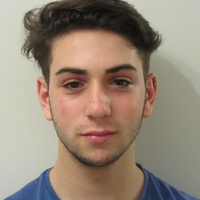 Jesse is a Cambridge University graduate, having qualified with a BA in Natural Sciences in 2020 with a First Class Honours. He is now undertaking a further degree in Medicine at Cambridge. He has been tutoring since 2016 when he was studying for his A-Levels. At the time, Jesse helped GCSE pupils with Biology and Chemistry and helped many of his students to surpass their predicted grades. After starting his degree in 2017, Jesse continued to tutor and has since worked as a mentor on the prestigious Cambridge programmes summer school and gained experience helping and guiding students through the university admissions process with a specialist focus on Oxbridge and medicine.

Jesse has a clear passion for teaching and has regularly shown his dedication to help his students succeed. He has particularly high standards, having achieved a first in every year of his undergraduate degree. As a result, he brings positivity and high expectations to his pupils to support them in developing their subject knowledge. A former referee highlighted Jesse’s teaching qualities, with one stating how he, ‘encouraged each student to develop his or her own ideas, and fostered independent thinking and curiosity in learning.’.

Jesse has been teaching my son for many years. His teaching has been a great source of help to my son and he has benefited enormously.