A knowledgeable and supportive tutor. Wendy-Anne teaches French and English from Primary to A-Level. 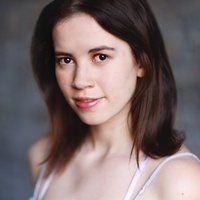 After finishing her bachelor’s degree in English in Language Literature and Civilisation at the University of Strasbourg in 2018, Wendy-Anne worked as a French language assistant at a local secondary school through the program of the British Council. She has also held other roles as a French and English tutor around London and supports pupils on a 1:1 basis as well as small groups of students. As a private tutor, Wendy-Anne plans and delivers lessons based on her pupil’s needs and responds to their learning through verbal and written feedback.

Wendy-Anne is bilingual in English and in French and she took part in acting courses at the National Youth Theatre and the Royal Academy of Dramatic Arts when studying for her degree. She has previously completed voice-over work for the Council of Europe in English and French. A former client explained how Wendy-Anne was “very flexible to adapt to my son’s needs and requests” in each session and another praised her for her ‘hardworking’ attitude.

Wendy-Anne is really kind and gave my son the confidence he needed to move from beginners to intermediate level of English. I would certainly recommend her tutoring.